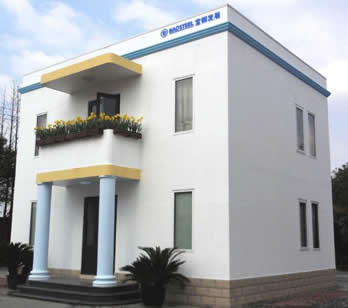 In line with its philosophy of becoming the driver of green industry, Baosteel recently completed the erection of a Rapidwall display home at its Shanghai facility.

The 12 metre by 3 metre Rapidwall panels were manufactured from waste FGD gypsum produced at Baosteel’s’ Shanghai plant.   The company transported 120 tonnes of FGD gypsum to Rapid Building Systems Kilmore, Australia facility where it was processed in their Rapidflow calciner.

The resultant high quality beta plaster was manufactured into Rapidwall panels and other building plaster products.

The manufactured Rapidwall panels were cut to size at the Kilmore factory and sent back to Shanghai where the Australian architect and a team of supervising builders worked with Baosteel personnel to erect the building in just 10 days.

Subsequently the building was fitted out by Baosteel designers to be used as a display centre to highlight both Rapidwall and other products produced with Baosteel’s by-product fly ash. 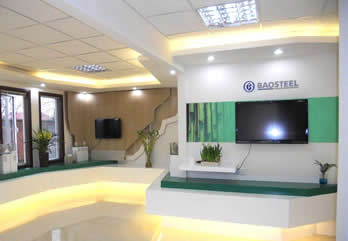 Baosteel’s director for sustainable development, Mr Tang said, “We recognised the green credentials of Rapidwall and have been working with Rapid Building Systems for some 10 years now to assess the suitability of both Rapidwall and their Rapidflow calciner to utilise our by-product FGD gypsum.” 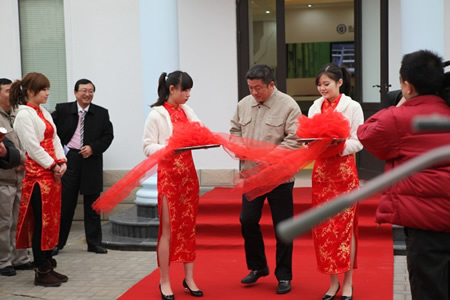 Rapidwall was approved by the Ministry of Housing and Urban-Rural Development, The People’s Republic of China as an industry standard building product in August 2011. It is approved for the construction of buildings up to 15 storeys and has been extensively tested and is ideally suited for earthquake prone areas. 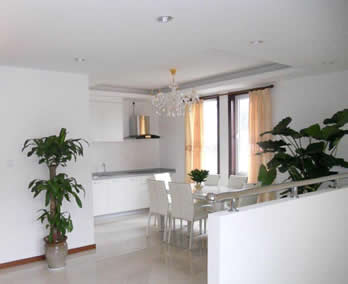 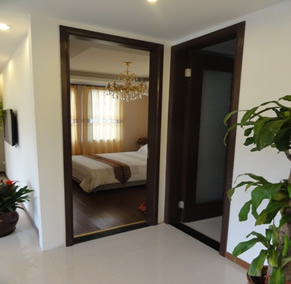 Dining and kitchen area and view to bedroom, in new demonstration building

“Our positive assessment of Rapidwall and the Rapidflow calciner has been proven with the erection of the Rapidwall display home”, he added.