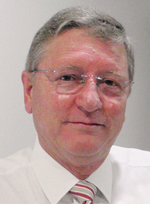 Following an early career in project management, Peter emigrated from Holland to Australia in 1978 where he immersed himself in the building industry.

With a vision to construct the largest ice skating rink in the southern hemisphere, Peter purchased a disused gas silo site and over a period of 15 months, with his brother Neil and sub-contractors, demolished the silo and reclaimed the site. In 1987 he elevated the roof and installed moving walkways, converted escalators and opened the first indoor snow and ski complex in the world.

In January 1990 Peter was drawn by the vision of bringing an ecologically friendly, cost and time efficient walling system to commercial reality. A system that was not only ideal for high quality domestic housing, high rise commercial or industrial premises but would also give disadvantaged people and especially those living in slum conditions the opportunity to live in high quality, affordable housing.

This became Rapidwall, as we know it today. 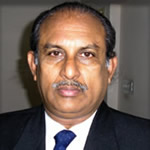 Mr Gopinathan, based in India, is a key member of Rapid Building Systems.

Professionally, an Urban Planner, with management studies in urban development from Birmingham University in the United Kingdom, Mr Gopinathan has a passionate interest in and commitment to poverty alleviation. He worked for more than a decade in the 1990s in this field and in 1998 was awarded the “National Citizens Award” from His

Excellency, The President of India, for his contribution to the implementation of community based poverty alleviation programmes.

Over the last decade, Mr.Gopinathan has undertaken extensive studies and research to determine the potential for Rapidwall for the Indian market. This work and his association with the structural engineering division of IIT Madras resulted in them undertaking two doctoral studies and preparing structural design and construction manuals for Rapidwall buildings, especially for India.

In 2001 he was commended for two papers he presented to the Asian Construction Conference held in New Delhi entitled “New advances in building materials and building systems” and “Water as building Material”. These papers brought out the environmental friendly aspects of Rapidwall buildings and their reduction in CO2 emission for the building industry.

He has been largely responsible for the promotion of the first Rapidflow Calciner and Rapidwall Plant in Chennai followed by state-of-the-art plants in Mumbai, Cochin & Oman.

He is a key team member in the promotion of Rapidwall technology.

Born in Beijing, Catherine grew up in China and completed her studies in Telecommunication and Radio engineering prior to moving to Australia in 1994 where she acted as an independent business consultant and project manager.

She gained Australian citizenship and joined Rapid Building Systems in 1999.

Moving back to China in 2002 to establish the Beijing office, Catherine has been responsible for research, development and promotion of Rapid Building Systems technology in the whole of China.

Her efforts have resulted in the establishment of a Rapidwall plant in Jinan and the acceptance of Rapidwall in China for external load bearing walls and as a structural building system.

More than 50 Rapidwall building projects have been completed in China and due largely to Catherine’s involvement; Rapidwall has received two government awards from the ministry of Construction of China for new and innovative walling material and new and innovative load bearing building system.

Catherine has also been responsible for the publication of a number of theses on Rapidwall technology in conjunction with Tianjin University.